Aldmeri Dominion is a Faction in Elder Scrolls Online. When word reached the High Elves of Alinor that the Imperial City had fallen under the control of the human supporters of Molag Bal, the Aldmeri Dominion was formed. The High Elves reached out to the neighboring races of Wood Elves and Khajiit with a plea that their combined forces might prevent the younger races of Tamriel from bringing disaster to the world, as they had so many times in the past. The High Elves were the original settlers of Tamriel and created the common tongue used throughout the continent today. They are also naturally proficient with magic. The Wood Elves inhabit the thick, near-impenetrable forests of Valenwood. They are supreme hunters, guides, and masters in sneaking and thievery. They are also the most gifted archers in all of Tamriel. The Khajiit, a proud feline race, are fearsome warriors, proficient with bladed weapons. They stand proudly at the forefront of every battle. The power and determination of the Aldmeri Dominion should not be underestimated. 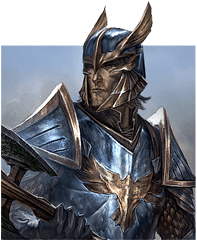 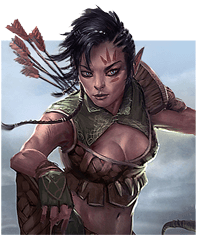 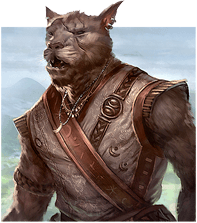 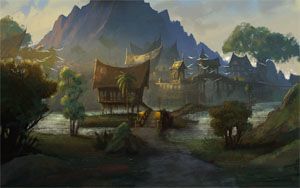 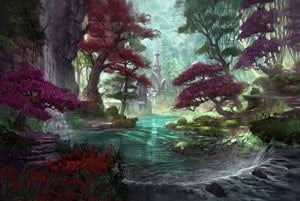 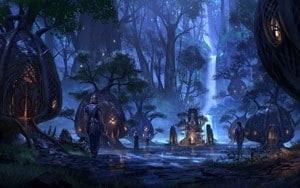 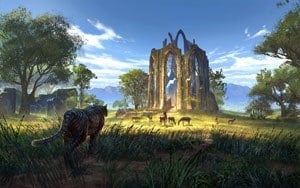 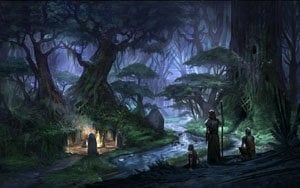 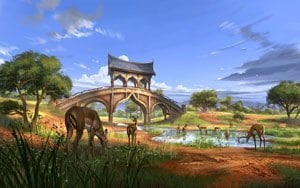 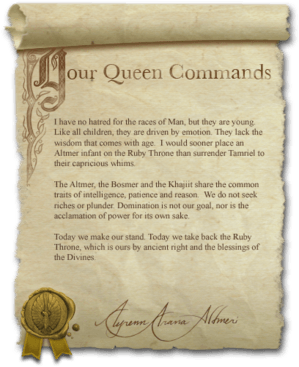 The Dominion was formed in an attempt to take control of the Imperial City and restore Elven rule to Tamriel. It is said that the three allied races were the most intelligent, patient and rational in Tamriel. Members of the Aldmeri Dominion believe that the short-lived and young races of men are unfit to rule, and that this role is meant by the Divines to be filled by the Aldmeri Dominion itself.

The Aldmeri Dominon stretches over the provinces of Alinor, Valenwood and Elsweyr. Its capital is Elden Root, hidden deep within the forests of the Bosmeri Valenwood. The faction is led by Queen Ayrenn

The Aldmeri Dominion has adopted as its symbol the eagle sigil of the High Elves of Summerset. For the Altmer, the high-soaring eagle represents their ancestors the Aedra, who came from the heavens and were trapped in physical form by the creation of Nirn